It seems that these types of blogs serve a discrete purpose for most of us and once that purpose is realized (e.g., recovery well underway) the blog is either closed, deleted, or abandoned. I didn’t do any of those things because the stories I began here were not finished. I’m going to do a quick and dirty recount: END_OF_DOCUMENT_TOKEN_TO_BE_REPLACED

I’m coming out of the dark. I have been necessarily isolated and completely internal. I’m on the other side of everything now but not over the social anxiety. I’ll be back soon. Until then, be well. Love, Dharma 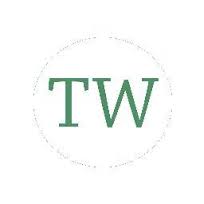 END_OF_DOCUMENT_TOKEN_TO_BE_REPLACED

After reading another blogger’s post (thanks Rose!), I thought about a key realization I had at the end of last week.

When my depression was at its worst, I had one hell of a time getting dressed, let alone showered and teeth brushed – and washing the hair – oh c’mon. When I have to be on campus or at meetings, I am always professionally dressed and well-groomed. Even on days when I feel frumpy, my wardrobe has been designed to save me from myself. That said I can tell you that I had not felt good about myself in at least 6 months when the worst of the depression hit. It was like I was punishing myself (for what??)

AH HA! When I dug a bit deeper I realized I was on to something important. What was the root of my not caring about my appearance (mostly) and not doing what I needed to do for myself to feel good. I like getting dressed for work. I have fun with my wardrobe. I like pedicures and brazilian waxes (I do my own, thank you very much).

Well, that’s all a lot of work and I finally figured out that I was punishing myself for the affair in a newly recognized way.

Somehow I had tied all of my external expressions of worth to the need to self-punish without even realizing it. Sure, major depression doesn’t seem to prompt people to jump up and get “pretty” when they can hardly move, but this was different and beyond depression. See, for the most part, my husband has stopped punishing me. I haven’t though.

I also realized how much primping I did during my affair and recognized that I did a lot of it to delight my AP, although I had lots of fun returning to my girly self. The net-net is that I realized I needed to have another reason to look and feel good outside of a delighted lover’s reaction. Sidebar: he appreciated me like no other man has and something really lost and important was reawakened in me. For that I am grateful despite feeling eternal remorse for having the affair in the first place.

I recognize that a portion of the time I was really, really depressed that it would be expected that one’s self-care may take a hit. However, I was happy to have peeled away the scab to be able to see the real wound underneath. The wound became infected and went systemic and I had no idea it was even there. The infection rewired my brain.

It was time to stop the weight gain at 10-12 lbs. It was time to get back to whatever primping I wanted to do, for no other reason than because I like it. It was time to start eating better and stop with the chocolate assault. I do not want to buy another effing wardrobe. I have been looking at pictures from as recent as two years ago and I looked awesome. Why? I was happy in ways I hadn’t been before. Time to organically get that “thing”. 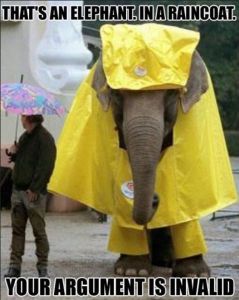 I was talking with my therapist (T) today and I mentioned how I catch myself dissociating more than ever. I told her I find myself dissociating when I feel trapped in the house. H “strongly suggested” I stay the week because of oldest son’s grad party this weekend. uh what? [Your argument is invalid.] So I’ve been here but I left myself room to change that if I decide. I’m getting there.

Anyway, T says “wait, to clarify, did you just tell me that you dissociate a lot?”

Yep.  All the time. Less now that I catch myself, but still quite a lot. If I stay at the house too long, the old patterns gain strength and the cycles begin.

I have a rough weekend coming with H’s entire freaking family coming for the party.

Screw ’em. My house. Behave yourselves. Or leave. This isn’t about you.

So my T told me to try to stay on the mindfulness track and don’t be hard on myself for dissociation. Just be aware of it.

Why argue when the dialogue is over? Why try so hard to convince people you are right! [pounding fist on the table] Why be so irrationally judgmental and proud? Who cares?

If somebody tells you that you ARE right, will you please stop committing this tautology? We only get so many breaths in this life and you’re sucking the oxygen out of the room. (You must be exhausted!) 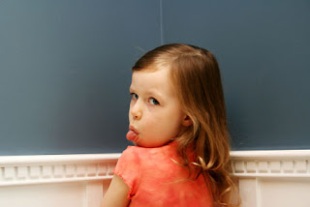 This stuff is *insidious* man. Absolutely the slickest, most covert ops the human psyche can offer up…and the most lethal as well.

How often do you take the millisecond required to check yourself when you feel that little brat sneak up behind you and SMACK you on the back of the head…do you know what hit you or do you simply assume the Fight Club posture?

Have you ever considered that just because your partner is the one who has the habit of yelling their crazy asses off it doesn’t mean you are immune to Anger’s abuse. What if you had sooooo much of your permanent real estate taken up by Anger that you were completely blinded by the hoarder’s paradise it inhabits? On top of that – you completely believe [probably due to stuff from your past] that you are not, in fact, an angry person. Nuh uh. That’s him/her, not me.

Dude, it’s time to come to Jesus [Allah, Shiva, whomever(s)]. In that moment that you project that all onto someone else, you have just been had by Anger, who snuck up behind you and dumped a quart of classroom paste on your head. After all, Anger’s mother, Codependence, has worked hard to build the little stinker.

No, no, no, it’s not easy. It’s ridiculous. This whole notion that We are in charge of our realities (i.e., our reactions, thoughts, feelings, relationships, etc.) is not at ALL the package we’ve been sold. No, my friend. We sacrificed too much because that’s what we were taught to do. We were led to believe that somewhere in it all, there was a reward. Safety and survival seemed good so we banked on the fact that we’d be recognized as good and lovable. Meanwhile, Anger was playing jax with our little kid psyches and we were fine with that because it was better than being alone. We got so good at selling ourselves out that we didn’t even know there were [healthier] alternatives. No benchmark. No manual.

We are the pleasers, the sacrificial lambs, the family scapegoats, the children of dysfunctional homes, the overachievers and the ones who didn’t make it to success of any kind. We are angry. We don’t know it sometimes/most of the time/always. We don’t understand why We tear ourselves up internally and then throw it all up on someone else, on a dare, by Anger. Anger then laughs hysterically. And we weep.

Until we say “game over”. We don’t concede. We just end it. The lifelong play date with Anger has to be over because we are done. Oh yes, for awhile Anger may still show up unannounced, peer into the window and do everything possible to not look like the soul-sucking vampire s/he is… Anger will probably shape shift into Shame, Guilt, Sadness, and/or Grief, but don’t be fooled by them either. No. Just no.

See, there is a reward. That reward is a multi-part thing that has to be cultivated, nurtured, and believed in by you and me. If We give up, We will become just another in the long line of dysfunctional families who perpetuate the cycle and cripple the future. The reward is here, right now, in the present. We are here because we are intent upon claiming that reward.

Dharma Goddess: The Journey to Me